Semioticist Eco and three scholars debate whether there are limits to the interpretations of a text and whether the author's intentions are relevant. Eco seeks to limit the degree to which texts can ... Read full review

Umberto Eco was born in Alessandria, Italy on January 5, 1932. He received a doctorate of philosophy from the University of Turin in 1954. His first book, Il Problema Estetico in San Tommaso, was an extension of his doctoral thesis on St. Thomas Aquinas and was published in 1956. His first novel, The Name of the Rose, was published in 1980 and won the Premio Strega and the Premio Anghiar awards in 1981. In 1986, it was adapted into a movie starring Sean Connery. His other works include Foucault's Pendulum, The Island of the Day Before, Baudolino, The Prague Cemetery, and Numero Zero. He also wrote children's books and more than 20 nonfiction books including Serendipities: Language and Lunacy. He taught philosophy and then semiotics at the University of Bologna. He also wrote weekly columns on popular culture and politics for L'Espresso. He died from cancer on February 19, 2016 at the age of 84.

Richard McKay Rorty is the principal American voice of postmodern philosophy. He was born in New York City and educated at the University of Chicago and Yale University. After having taught philosophy at Princeton University for more than 20 years, Rorty became a university professor in humanities at the University of Virginia in 1982. He has been awarded fellowships by the Guggenheim and MacArthur foundations. In 1967 Rorty published The Linguistic Turn, an anthology of twentieth-century philosophy that opens with his 40-page introduction. This work has become a standard introduction to analytic philosophy, and its title names an era. Despite his early hope for the future of analytic philosophy, Rorty came to doubt its foundations. This doubt prodded him to master American pragmatism as well as continental European work in hermeneutics and deconstruction. This work, in turn, led Rorty to question the entire tradition of Western philosophy. These doubts are expressed in his second book, Philosophy and the Mirror of Nature (1979), which is one of the most widely discussed of all recent American works in philosophy. It announces the death of philosophy as a kind of higher knowledge but recommends its continuance as edification and as a branch of literature. Choice proved prophetic in stating that "this bold and provocative book is bound to rank among the most important of the decade.

Professor of English and Comparative Literature at Cornell University, Culler has played an important role in the dissemination of structuralist and poststructuralist theory in the U.S. academy. His Structuralist Poetics (1975) was one of the first books to survey the new continental theory, and it included a bibliography with all the English translations of that work then available. As the title suggests, Culler's book concentrates on structuralist literary analysis, explicating in particular what various continental critics had to say about the "deep structures" or codes governing literary production as a mode of discourse with an apparent radical diversity of texts and "surface structures." He also covers some of the background to structuralist literary theory. Interestingly, Culler also develops in this book a theory of reading that is not quite structuralist, although it does make use of a structuralist vocabulary and some structuralist ideas. The Pursuit of Signs (1981) is, the second in his trilogy of introductions to this theory. It offers explanations of poststructuralist theory, which is as much a response to as a development of structuralist theory, whose premises it frequently rejects. Just one year later, Culler published a supplement to this volume, On Deconstruction (1982), devoted not only to the work of Derrida but also to the work of American deconstructionists, who were sometimes elaborating deconstruction in more obviously political directions; for example, by generating feminist deconstructive analyses. Culler has continued to interpret Continental theory and theorists for U.S. audiences in his more recent publications. A prolific author, he has also published books about nineteenth-century French literature and culture, the field in which he did his graduate work, and books or essays on a range of other topics which he addresses from the perspective of poststructuralist theory, including puns, tourism, and trash. 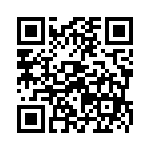