Johnny Long is a Christian by grace, a professional hacker by trade, a pirate by blood, a ninja in training, a security researcher and author. He can be found lurking at his website (http://johnny.ihackstuff.com). He is the founder of Hackers For Charity(http://ihackcharities.org), an organization that provides hackers with job experience while leveraging their skills for charities that need those skills.

Kevin Mitnick (Technical Editor) is the most famous computer hacker in the world. Since his first arrest in 1981, at age 17, he has spent nearly half his adult life either in prison or as a fugitive. He has been the subject of three books and his alleged 1982 hack into NORAD inspired the movie War Games. Since his plea-bargain release in 2000, he says he has reformed and is devoting his talents to helping computer security. 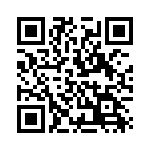