Yvonne Grace is an award-winning television drama producer with 20 years experience in script editing, script development, and drama production for the BBC and other networks, and she has worked on shows such as EastEnders, Crossroads, and many more. She helps writers write better scripts through her script-editing and mentoring service scriptadvice.co.uk. 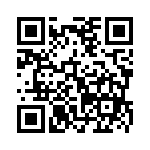