Page 101
Webber & Leamy for the plaintiff . POWERS , C. J. William and Harry Keenan ,
doing business as Keenan Bros. , were in the garage and automobile accessory
business in the town of Rutland . On March 2 , 1928 , they executed to their
mother ...
Page 392
Doris Crozier and her mother , Mrs. Mary Crozier , identified him as the man
whom they saw on that afternoon turning off the main highway , opposite their
house , into the road leading to the Sweeney farm , and walking rapidly in that
direction .
Page 395
Later on , without objection , except as to her competency , which we have
already discussed , Alta Slack testified that her stepfather , after his return to the
house from the vicinity of the barn , shot her , and that after finding her mother she
went ... 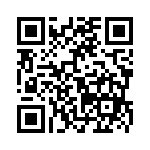