Joseph Wood Krutch demonstrated that the Renaissance man was not someone merely to read about. Born in Knoxville, Tennessee, he studied science and received his B.A. from the University of Tennessee. Afraid that society's emphasis on science and technology was a threat to our wilderness and wildlife, he went on to study humanities. After receiving his M.A. and Ph.D. degrees from Columbia University, he remained there to teach as a member of the English department and later occupied an endowed chair of dramatic literature. He was also an editor and a drama critic. When Krutch retired in 1952 because of respiratory problems, he moved to the southern Arizona desert, where, inspired by the natural beauty of the desert and its wildlife, he began to write about nature and conservation. Although his biographical work includes books on Edgar Allan Poe, Samuel Johnson, and Henry David Thoreau, here we will be concerned with some of his writings in natural history. 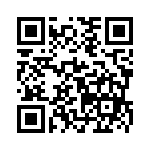