Page 10 - The basic error of the translator is that he preserves the state in which his own language happens to be instead of allowing his language to be powerfully affected by the foreign tongue . . . He must expand and deepen his language by means of the foreign language.
Appears in 63 books from 1947-2008

Fredric R. Jameson, Marxist theorist and professor of comparative literature at Duke University, was born in Cleveland in 1934. He earned a Ph.D. from Harvard University and taught at Harvard, the University of California at San Diego, and Yale University before moving to Duke in 1985. He most famous work is Postmodernism, or the Cultural Logic of Late Capitalism, which won the Modern Language Association's Lowell Award. Jameson was among the first to associate a specific set of political and economic circumstances with the term postmodernism. His other books include Sartre: The Origin of a Style, The Seeds of Time, and The Cultural Turn. 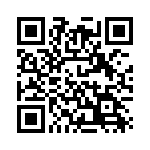