As a health care professional, Anthony John Monaco has been interested in the cause of disease at the physical, mental and emotional levels of the individual.á His scientific approach to the cause of illness led him to consider spiritual approaches to health.á He has analyzed many major scriptures of the world and he has written extensively on his interpretation of the original intent of the authors responsible for the various religions of mankind.á One such scripture is the Book of Mormon translated by Joseph Smith, Jr.á Mr. Monaco presents a detailed, scientificá explanation of the symbolism used in this translation.áá 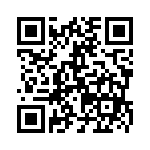