Page 51 - We are not enemies, but friends. We must not be enemies. Though passion may have strained it must not break our bonds of affection. The mystic chords of memory, stretching from every battlefield and patriot grave to every living heart and hearthstone all over this broad land, will yet swell the chorus of the Union, when again touched, as surely they will be, by the better angels of our nature.
Appears in 786 books from 1847-2008
Page 81 - This is essentially a people's contest. On the side of the Union it is a struggle for maintaining in the world that form and substance of government whose leading object is to elevate the condition of men...
Appears in 641 books from 1844-2008
More
Page 317 - My paramount object in this struggle is to save the Union, and is not either to save or to destroy slavery. If I could save the Union without freeing any slave I would do it, and if I could save it by freeing all the slaves, I would do it; and if I could save it by freeing some and leaving others alone I would also do that.
Appears in 693 books from 1758-2008
Page 406 - ... we cannot escape history. We, of this Congress and this administration, will be remembered in spite of ourselves. No personal significance, or insignificance, can spare one or another of us. The fiery trial through which we pass will light us down, in honor or dishonor, to the latest generation. We say we are for the Union. The world will not forget that we say this. We know how to save the Union. The world knows we do know how to save it. We — even we here — hold the power and bear the responsibility....
Appears in 355 books from 1826-2008
Page 559 - When you first reached the vicinity of Vicksburg, I thought you should do what you finally did — march the troops across the neck, run the batteries with the transports, and thus go below ; and I never had any faith, except a general hope that you knew better than I, that the Yazoo Pass expedition, and the like, could succeed.
Appears in 222 books from 1861-2008
Page 429 - I have heard, in such a way as to believe it, of your recently saying that both the army and the government needed a dictator. Of course it was not for this, but in spite of it, that I have given you the command. Only those generals who gain successes can set up dictators. What I now ask of you is military success, and I will risk the dictatorship.
Appears in 493 books from 1857-2008
Page 157 - He has sounded forth the trumpet that shall never call retreat; He is sifting out the hearts of men before His judgment seat : Oh ! be swift, my soul, to answer Him ! be jubilant, my feet ! Our God is marching on. In the beauty of the lilies Christ was born across the sea, With a glory in His bosom that transfigures you and me : As He died to make men holy, let us die to make men free, While God is marching on.
Appears in 1202 books from 1845-2008
Page 365 - That, on the first day of January, in the year of our Lord one thousand eight hundred and sixty-three, all persons held as slaves within any State or designated part of a State, the people whereof shall then be in rebellion against the United States, shall be then, thenceforward, and forever, free...
Appears in 1225 books from 1785-2008
Page 763 - Bring the good old bugle, boys ! we'll sing another song — Sing it with a spirit that will start the world along, Sing it as we used to sing it fifty thousand strong, While we were marching through Georgia. Chorus — " ' Hurrah ! Hurrah ! we bring the Jubilee ! Hurrah ! Hurrah ! the flag that makes you free !' So we sang the chorus from Atlanta to the sea, While we were marching through Georgia.
Appears in 193 books from 1866-2008
Page 658 - I claim not to have controlled events, but confess plainly that events have controlled me. Now, at the end of three years' struggle, the nation's condition is not what either party, or any man, devised or expected. God alone can claim it. Whither it is tending seems plain. If God now wills the removal of a great wrong, and wills also that we of the North, as well as you of the South, shall pay fairly for our complicity in that wrong, impartial history will find therein new cause to attest and revere...
Appears in 243 books from 1860-2008
Less

David J. Eicher is an astronomer and Civil War historian. The managing editor of Astronomy magazine, he is the author of several books on the Civil War, among them Mystic Chords of Memory: Civil War Battlefields and Historic Sites Recaptured and The Civil War in Books: An Analytical Bibliography. He lives with his wife and son in the Milwaukee suburbs. 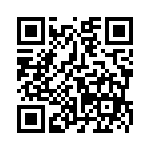