Page 121
For this purpose they resurrected and greatly strengthened the civil service , and
they promoted the kind of scholarship that would be useful in civil administration .
The encyclopedic Imperial Conspectus of Great Peace ( Taiping yulan ) ...
Page 124
This last concept was expressed in the term wen , which stood not only for written
discourse but for the whole range of civil values in contrast to the military .
Needless to say it contrasted with the Chan ( Zen ) position concerning the ...
Page 161
Implicit in this was a claim - remarkable for a shogunal regime whose raison d '
etre was military — to civil authority through its ordering of ritual . In this respect it
was performing a characteristically Confucian civil function , and one that would ...

William Theodore de Bary was born in the Bronx, New York on August 9, 1919. He graduated from Columbia College in 1941 and began pursuing Japanese studies at Harvard University. When the Japanese attacked Pearl Harbor, he was recruited by naval intelligence. He served at Pearl Harbor and later in Tokyo and Washington. After the war, he received a master's degree and a doctorate from Columbia. He taught Asian courses at Columbia and soon became head of Asian studies. From 1971 until 1978, he served as a vice president for academic affairs and provost. After formally retiring in 1989, he continued to teach with emeritus status until May 2017. He wrote or edited more than 30 books including The Great Civilized Conversation: Education for a World Community and Sources of Chinese Tradition. In 2013, he received the National Humanities Medal. He died on July 14, 2017 at the age of 97. 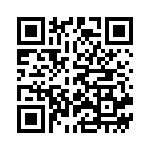