Interesting topic, unfortunately the author is not a very good writer. I hate when writers had way too much description to fill up the page. Wondering if these were originally articles published ... Read full review

Thirteen heart-gladdening tales of love on the run in the time of slavery, assembled by award-winning journalist De Ramus.Not that they all ended happily; many of the lovers will die in these pages ... Read full review

Page 242 - nigger trader" was loathed by everybody. He was regarded as a sort of human devil who bought and conveyed poor helpless creatures to hell — for to our whites and blacks alike the Southern plantation was simply hell; no milder name could describe it. If the threat to sell an incorrigible slave "down the river" would not reform him, nothing would — his case was past cure.
Appears in 16 books from 1913-2005

A veteran and award-winning journalist, Betty DeRamus was the jury's pick and a finalist for the Pulitzer Prize in 1993. She has been awarded a Michigan Press Association Award, as well as a Deems Taylor award for a profile of Roberta Flack published in Essence. DeRamus was one of an international group of select journalists who toured Central African refugee camps under the auspices of the United Nations High Commissioner for Refugees, and one of a small group of journalists outside Verster prison in 1990 when Nelson Mandela finally left his cell. She has written about African American history for Essence, LIFE, North Star Journal, and Black World. She is a former commentator for The Detroit News, The Detroit Free Press, The Michigan Chronicle, and the British Broadcasting Company. 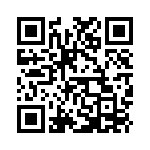