David Criswell is best known as the author of the Biblical Controversies series (Controversies in the Gospels, Controversies in Revelation, and others). He has written the Rise and Fall of the Holy Roman Empire and Valley of the Blind which is in development as a motion picture. He has a Ph.D.from Tydanle Theological Seminary and is a Fellow at Louisiana Baptist Seminary. He also has a M.Div. and was editor-in-chief of the Evangelical Standard. 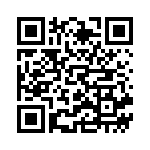