A former racing cyclist and driver, Brendan Lynch has had a keen interest in aviation since he first heard the story of Alcock and Brown’s exploits around a childhood fireside. He started research on this book after meeting Steve Fossett and witnessing the American’s 2005 re-enactment of the flight in a replica Vimy. Brendan cannot fly but he once looped the loop in a Formula Ford race at Lydden circuit. Living equally dangerously on the ground, he was a pacifist disciple of Bertrand Russell and was imprisoned for Campaign for Nuclear Disarmament activities. Yesterday We Were in America is his eighth book. His first, Green Dust, won the Guild of Motoring Writers’ Pierre Dreyfus Award. 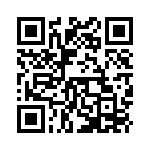