Kathleen Karr was born in Allentown, Pennsylvania on April 21, 1946. She received a bachelor's degree from Catholic University in 1968 and a master's degree in English literature from Providence College. In 1971, she began working at the American Film Institute in Washington, D.C. She also taught high school and college before taking up writing. She published five works of women's fiction before moving to children's fiction. Her children's novels included It Ain't Always Easy and The Great Turkey Walk. She received the Golden Kite Award for Best Fiction in 2000 for The Boxer and the Agatha Award for best Children's/YA Mystery of the Year in 2003 for The Seventh Knot. She died on December 6, 2017 at the age of 71. 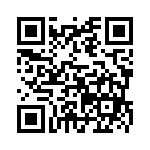