Page 55
... Scotland , France , and Ireland , Defender of the Faith , being lineally descended from Margaret , the eldest daughter to King Henry VII , by Elizabeth his wife , which was the eldest daughter of King Edward IV .
Page 238
In the end , such was the unkindness , or ( as I may say ) the unnaturalness which he found in his two daughters , notwithstanding their ... there to seek some comfort of his youngest daughter , Cordeilla , whom before time he hated .
Page 259
And how one of them slew Cloten , that was the queen's son , going to Milford Haven to seek the love of Imogen , the king's daughter , whom he had banished also for loving his daughter . And how the Italian that came from ... 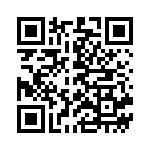