Page 93
... and seeking to lead us out of the way of reputation , hath adventured to intricate and confound him in his own courses , running upon most uneven grounds , with imperfect rules , weak proofs , and unlawful laws .
Page 266
But we , brave Britons , foreign laws despis'd , And kept unconquer'd , and unciviliz'd ; Fierce for the liberties of wit , and bold , We still defied the Romans , as of old . Yet some there were , among the sounder few Of those who ...
Page 356
... laws , the laws of the drama , and the laws of arms . But how rich in reputation must that author be , who can spare a Cato , without feeling the loss ! That loss by our author would scarce be felt ; it would be but dropping a ... 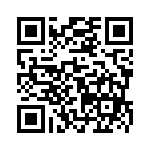