Charles Robert Darwin, born in 1809, was an English naturalist who founded the theory of Darwinism, the belief in evolution as determined by natural selection. Although Darwin studied medicine at Edinburgh University, and then studied at Cambridge University to become a minister, he had been interested in natural history all his life. His grandfather, Erasmus Darwin, was a noted English poet, physician, and botanist who was interested in evolutionary development. Darwin's works have had an incalculable effect on all aspects of the modern thought. Darwin's most famous and influential work, On the Origin of Species, provoked immediate controversy. Darwin's other books include Zoology of the Voyage of the Beagle, The Variation of Animals and Plants Under Domestication, The Descent of Man, and Selection in Relation to Sex. Charles Darwin died in 1882. 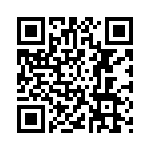