Page 210
The poets who wrote this verse , George Herbert , Henry Vaughan , and Richard Crashaw , were not themselves Puritans , but they displayed qualities closely akin to the self - examination , conviction of sin , and religious rapture of a ...
Page 320
Clara Reeves English Richardson , wrote , shortly after wrote The Old English Baron , a story of the middle of the century , several essays in contemporary life in medieval setting ; which he defined his philosophy of nature .
Page 393
For one thing , Burns wrote about ing that he planned to emigrate to America , simple themes , topics that Pope and his and his first book of poems was printed in school would not have regarded as fit sub- 1786 in order to raise money ...

47 other sections not shown 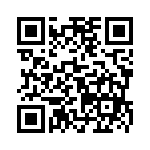