Page 5
I mean , that , according to Mr. Darwin , the variations whose accumulation
resulted in diversity of species and genus were indefinite , fortuitous , attributable
but in small degree to any known causes , and without a general principle
underlying ...
Page 24
... and that the matter must be fought out according to the rules of the game . After
this I went through the earlier part of my book , and cut out the expressions which
I had used inadvertently , and which were inconsistent with a teleological view ...
Page 185
According to Erasmus Darwin , Lamarck , and Paley , organs are purposive ;
according to Mr. Darwin and his followers , they are not purposive . But the main
arguments against the system of Dr. Erasmus Darwin are arguments which , so
far as ... 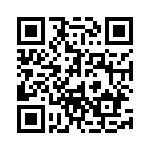