Page 47
Mysticism appears for the first time as a specific system in the tenth century of our
era ; it is called in the sacred books Dus kyi khorlo , in Sanskrit Kâla Chakra , " the
circle of time . ” . It is reported to have originated in the fabulous country ...
Page 259
On the handles of the two smaller Phurbus is inscribed the mystical syllable hum .
The other charms in the triangle begin with “ Ah Tamdin , " a mystical form of
imploring this god . They keep off the evil spirits who dwell in the north - east ...
Page 261
1 as five silken strips of the five sacred colours are fastened , called Darnai janpa
, “ ornament of five strips of silk , ” well as a disk of brass , called Melong , " a
mirror , " upon which the mystical syllables om , tram , ah , hri , hum are inscribed
as ... 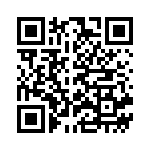