Page 175
There was no use crying peace, he declared, when there was no peace. In
referring to the peoples of the Hapsburg Empire on Jan. 5, 1918, Lloyd George
demanded separation for the Italians alone. Five months later, on June 3, 1918,
though ...
Page 177
over, as Lloyd George explains, our peace aims were so framed as to convince
America, and especially the peaceloving and anti-Imperialist President, that our
objectives were fundamentally just. France, on the other hand, was prepared to ...
Page 47
Had she not, as a young married woman, removed herself from St Petersburg so
as not to be burdened with the sight of the popular celebrations at the time of the
Treaty of Tilsit. A peace of which she disapproved. Her imperial master wavered ...

49 other sections not shown 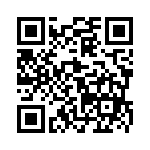