Page xv - JSOT Journal for the Study of the Old Testament JSOTSup Journal for the Study of the Old Testament...
Appears in 512 books from 1939-2008
Page 6 - Come, let us make bricks, and burn them thoroughly." And they had brick for stone and bitumen for mortar. Then they said, "Come, let us build ourselves a city, and a tower with its top in the heavens, and let us make a name for ourselves, lest we be scattered abroad upon the face of the whole earth.
Appears in 377 books from 1854-2008
More
Page 12 - Whoever sheds the blood of man, by man shall his blood be shed; for God made man in his own image.
Appears in 391 books from 1809-2008
Page xv - SBLDS Society of Biblical Literature Dissertation Series SBLMS Society of Biblical Literature Monograph Series...
Appears in 237 books from 1979-2008
Less 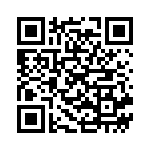