Page 502
Simonides , meanness , he said , that he had two cofiers , in one of the more
odious , because , as Sir Edward Coke observes , Simone Simony . which he had
for many years put his pecuniary reit is ever accompanied with perjury ; for the ...
Page 517
Or, A Dictionary of Arts, Sciences, and Miscellaneous Literature Colin
Macfarquhar, George Gleig. Sizar . Wir 24 times who Nae was : Upon this one of
the cardinals said , favour which had been conferred on him before his ex . Siya
ghuflio It is ...
Page 727
They are by some king's exchequer at Weltminfter : and no ftarr was alcalled
Rove beetles . lowed to be valid , unless it were found in some of the STAPLE ,
primarily signifies a public place or mar . said repositories . Memorand . in Scac '
P. 6. 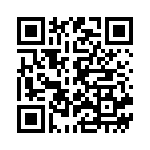