I'm part way through "The Hanging of Angelique", which is about the Atlantic Slave Trade in Canada. I know that Canadian history rarely, if *ever*, talks about our history of slavery, so this whole ... Read full review

Afua Cooper is a leading scholar of the African diaspora in Canada. Her many publications include the coauthored collection We're Rooted Here and They Can't Pull Us Up, which won the Joseph Brant History Prize. She has also curated three exhibits on black Canadian history. Cooper taught history and Canadian studies at the University of Toronto and Caribbean studies at Ryerson University. She is a celebrated dub poet, whose work is available in print and audio. Essence has listed Cooper as one of the twenty-five notable international women who have "put themselves on the line to change the world." 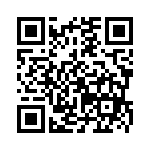