Born in 1891 in Providence, Rhode Island, George Boas taught for many years at Johns Hopkins and was editor of the Journal of the History of Ideas from 1945 until his death in 1980. He authored 24 books, including The Major Traditions of English Philosophy, The Greek Tradition: A Symposium, Rationalism in Greek Philosophy, The Limits of Reason, and The History of Ideas: An Introduction. 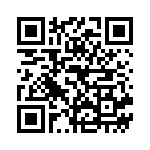