Arthur Miller was born on 17 October 1915 in Harlem, New York City. He was arguably the greatest American playwright of the twentieth century, his work including plays such as All My Sons (1947), Death of a Salesman (which won the Pulitzer Prize for Drama in 1949), The Crucible (1953), and A View from the Bridge (1955). In addition to the plays, his many other books included fiction, essays and the autobiography Time Bends. He died in 2005 at his home in Roxbury, Connecticut.Dr Matthew Roudan? is Professor of English and Chair at Georgia State University, USA. 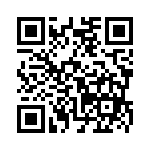