Bernd C. Peyer is a lecturer at the Center for North American Studies and Research, Johann Wolfgang Goethe-Universitat, Frankfurt am Main. 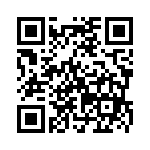