Page 80
The author observes that some objects, viewed by means of the kaloscope,
appear in such relief that they might bo supposed to be seen through a
stereoscope; these aro anthers, jointed hairs, oil- glands, and vegetable sections
in general.
Page 329
In the first place, Sir William appears in the columns of the Times, and charges us
with untruthfulness, without condescending to mention a single particular. Then,
Mr. Baring, the Under-Secretary for War, enters into an elaborate defence of the ...
Page 403
The editor appears also to have misapprehended principles operative in Giffard's
injector, when, in the said "note," he says, ... that, had the like of it appeared in the
'Engineer, a great quantity of useless discussion might have been spared from ... 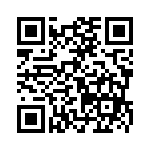