Page 35
I saw the lad soon after he was taken the second time . He had been a month in
the woods , living on roots and fruits , and had nearly died from starvation . He
had an intelligent , sharp , and independent look about him , and kept continually
...
Page 105
Three small seed - pods , which here grew close together , formed the marks that
I had myself taken to note the place , and these the wasp seemed also to have
taken as its guide , for it flew directly down to them , and ran inside ; but the small
...
Page 292
has its two hindmost legs greatly lengthened , and furnished with brushes : one I
saw on a branch was flourishing these in the air , and I thought at first they were
two black flies hovering over the branch , my attention being taken from the body
... 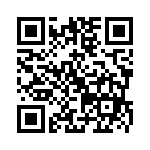