Page 198
Thus , we are accustomed , rightly , to regard red as a conspicuous hue which is
very generally associated in animals with distasteful or dangerous qualities , and
, as such , with the function of warning . But there are many red animals , like ...
Page 380
viously predominant function of the wing as an organ of flight falling into
abeyance and being replaced by other functions , at first subsidiary , but later
becoming dominant and essential . Parallel functional changes are found in the
Mantidż ...
Page 386
Here , then , we have a type of alluring coloration comparable to that commonly
found in the plant kingdom in the display of fruits , since its function is not to allure
prey with an imitation bait , but to bribe a predator with a real meal . It is also ...

22 other sections not shown 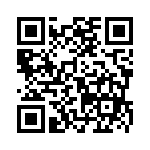