Page 235
When , however , these symptoms manifest themselves the animal should , of course , be immediately killed . In addition to the above symptoms it will be remarked that the tongue becomes so enlarged that , from mere increase of bulk ...
Page 442
He was a mandarin of high rank , but marquis , of course , is a purely European feudal title , and not , as happens , a very ancient one , for the baron and earl were the more primitive dignitaries .
Page 508
This statue was the ugliest ever seen , even among the London statues ; and in course of time , the public being unable to put up with it any longer , it was IRETON . - Ireton died of the plague in Limerick , 1650 or 1651. 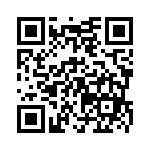