Page 90 - I verily thought with myself that I ought to do many things contrary to the name of Jesus of Nazareth; which thing I also did in Jerusalem; and many of the saints did I shut up in prison, having received authority from the chief priests; and when they were put to death, I gave my voice against them. And I punished them oft in every synagogue, and compelled them to blaspheme; and being exceedingly mad against them, I persecuted them even unto strange cities.
Appears in 945 books from 1699-2008
Page 7 - But if our gospel be hid, it is hid to them that are lost ; in whom the god of this world hath blinded the minds of them which believe not, lest the light of the glorious gospel of Christ, who is the image of God, should shine unto them.
Appears in 880 books from 1689-2008
More
Page 12 - The people that walked in darkness have seen a great light : they that dwell in the land of the shadow of death, upon them hath the light shined.
Appears in 1174 books from 1710-2008
Page 83 - And it came to pass, when the evil spirit from God was upon Saul, that David took an harp, and played with his hand: so Saul was refreshed, and was well, and the evil spirit departed from him.
Appears in 821 books from 1711-2008
Page 45 - And Samson lay till midnight, and arose at midnight, and took the doors of the gate of the city, and the two posts, and went away with them, bar and all, and put them upon his shoulders, and carried them up to the top of an hill that is before Hebron.
Appears in 354 books from 1705-2008
Page 66 - If a brother or sister be naked, and destitute of daily food, And one of you say unto them, Depart in peace, be ye warmed and filled; notwithstanding ye give them not those things which are needful to the body; what doth it profit?
Appears in 1154 books from 1755-2008
Page 29 - Seest thou how Ahab humbleth himself before me ? because he humbleth himself before me, I will not bring the evil in his days: but in his son's days will I bring the evil upon his house.
Appears in 528 books from 1730-2007
Page 5 - This know also, that in the last days perilous times shall come. For men shall be lovers of their own selves, covetous, boasters, proud, blasphemers, disobedient to parents, unthankful, unholy, without natural affection, trucebreakers, false accusers, incontinent, fierce, despisers of those that are good, traitors, heady, highminded, lovers of pleasures more than lovers of God, having a form of godliness, but denying the power thereof: from such turn away.
Appears in 1257 books from 1755-2008
Less

Pastor Taiye Ayeni as he is fondly called, met with the Lord in his final year at the University of Lagos, Akoka, where he graduated with a Bachelors of Science combined honors degree in Mass Communication, Sociology and Psychology. Since knowing the Lord in 1983, he has been privileged to serve Him in various capacities. He is the Minister in Charge of Rehoboth Ministries, based in Grand Prairie Texas, USA and a Senior Lecturer at the Gethsemane Prayer Ministries International’ Prayer School, with its headquarters in Ibadan, Nigeria. He serves as the Minister in Charge of Prayer at Household of Faith, of The Redeemed Christian Church of God (RCCG) Arlington, Texas, USA. He is presently in the United States of America on mission for Christ, a graduate of Advance Leadership and Pastoral School of Christ For The Nations Institute (CFNI) Dallas and Long Ridge Writers Group, in Connecticut. He is a Chaplain Resident at the Methodist Health System in Dallas, Texas. He is widely traveled on speaking engagements within and outside the country in the course of ministry work. He is married to Dr (Mrs.) Abidemi Olubisi Ayeni and the union produced Rereloluwa (son) and Oreoluwa (daughter). 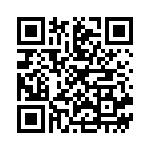