Page 108 - Be not afeard ; the isle is full of noises, Sounds and sweet airs, that give delight and hurt not. Sometimes a thousand twangling instruments Will hum about mine ears, and sometimes voices That, if I then had waked after long sleep, Will make me sleep again : and then, in dreaming, The clouds methought would open and show riches Ready to drop upon me, that, when I waked, I cried to dream again.
Appears in 901 books from 1709-2008
Page 112 - And mine shall. Hast thou, which art but air, a touch, a feeling Of their afflictions, and shall not myself, One of their kind, that relish all as sharply Passion as they...
Appears in 629 books from 1709-2008
More
Page 10 - They say, miracles are past; and we -have our philosophical persons, to make modern and familiar things, supernatural and causeless. Hence is it, that we make trifles of terrors; ensconcing ourselves into seeming knowledge, when we should submit ourselves to an unknown fear.
Appears in 638 books from 1788-2008
Page 112 - gainst my fury Do I take part : the rarer action is In virtue than in vengeance : they being penitent, The sole drift of my purpose doth extend Not a frown further : Go, release them, Ariel ; My charms I'll break, their senses I'll restore, And they shall be themselves.
Appears in 582 books from 1788-2008
Page 45 - Might have been shut together in one shed; And then had taken me some mountain-girl, Beaten with winds, chaste as the hard'ned rocks Whereon she dwelt, that might have strewed my bed With leaves and reeds, and with the skins of beasts, Our neighbours, and have borne at her big breasts My large coarse issue ! This had been a life Free from vexation.
Appears in 94 books from 1715-2006
Page 121 - THE TRIUMPH OF TIME WHEREIN IS DISCOVERED by a pleasant Historie, that although by the meanes of sinister fortune, Truth may be concealed yet by Time in spight of fortune it is most manifestly reuealed.
Appears in 82 books from 1807-2008
Page 45 - Of women's looks ; but digg'd myself a cave, Where I, my fire, my cattle, and my bed, Might have been shut together in one shed ; And then had taken me some mountain girl, Beaten with winds, chaste as the...
Appears in 65 books from 1797-2007
Less 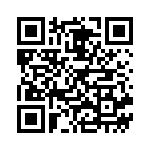