Page 214
In March , too , serious differences within the military elite were reported to have
surfaced at a Cabinet meeting ; Brigadier Moses Ali , the Minister of Finance , lost
his post some months later . In a separate incident Major - General Mustafa ...
Page 226
The reconciliation with the neighbours , notably the Presidents of Senegal and
Ivory Coast , took place in the Liberian capital of Monrovia , in the presence of a
number of other West African leaders , and marked major contribution to peace in
...
Page 417
At its best , the extension is a homage to the spirit of art ; its interior , however ,
has been compared ( unfavourably ) to a major railway station ( Victorian railway
stations were also secular temples , dedicated to the spirit of progress ) , and
some ... 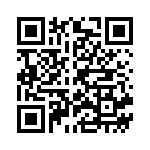