Page 567
From that time , until Russia committed military suicide , Germany had to suffer
the embarrassment of a war on two fronts . Her forces being insufficient to make
headway on both simultaneously , she had to defend herself against superior ...
Page 569
Such of the population of the occupied provinces as remained , after the exodus
which took place during the advance of the German armies in 1915 , were
permitted to vote about their future under the military superintendence of
Germany .
Page 575
William Gifford, Sir John Taylor Coleridge, John Gibson Lockhart, Whitwell Elwin,
William Macpherson, William Smith, Sir John Murray IV, Rowland Edmund
Prothero (Baron Ernle), George Walter Prothero. Such are the chief military
problems ...

44 other sections not shown 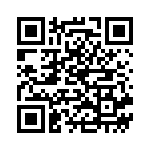