Page 350 - Germany during the second half of the sixteenth and the first half of the seventeenth century if she did not actually begin, at any rate she encouraged and actively aided, the religious wars.
Appears in 174 books from 1837-2008
Page 353 - New Constitution of the Government of Poland, established by the Revolution the third of May 1791. London 1791.
Appears in 23 books from 1807-2001

Professor Reginald E. Zelnik, who died in a tragic accident in May 2004, was one of the most respected and beloved historians of Russia. He taught for decades at University of California, Berkeley and served as a fervent activist in the free speech movement, advocating for student and faculty rights. In tribute to Zelnik’s career at Berkeley and his professional contributions, the volume includes a list of his Ph.D. students at Berkeley, and his curriculum vitae. 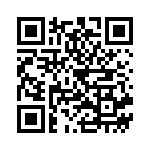