RUSMIR MAHMUTC ' EHAJIC' is Professor of Applied Physics at Sarajevo University, President of the International Forum Bosnia,and former Vice President of the Government of Bosnia and Herzegovina. The most recent of his books in English are The Mosque: The Heart of Submission and On Love: In the Muslim Tradition (both Fordham).

William C. Chittick is Professor of Religious Studies at Stony Brook University. His books include Me and Rumi: The Autobiography of Shams-i Tabrizi. 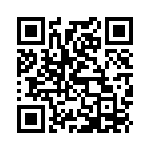