Page 116
outmanoeuvred, and towering high above all his Ministers in the campaign, he is
entitled to immense credit for his party's victory and is now in a position of
unchallengeable leadership. But one fly in the Liberal ointment of success is the
...
Page 512
All members of all political parties believe in solidarity: the Bevanites in Britain,
like the Trotskyists in Russia, were criticised less for their views than ... The Party
member's faith, though shaken, has not been shattered even by the Beria affair.
Page 315
William Gifford, Sir John Taylor Coleridge, John Gibson Lockhart, Whitwell Elwin,
William Macpherson, William Smith, John Murray, Rowland Edmund Prothero,
George Walter Prothero. growing less auspicious for the Congress party. Its grip ...

45 other sections not shown 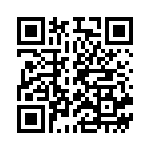