Page 39
Ride Across the Plains 39 the cattle hacienda of San José , reached the plains of
the same name , about two leagues in width , now dry and dusty , but in the wet
season forming a great slough of water and tenacious mud , through which the ...
Page 229
Savannahs , sparingly timbered , were next crossed ; then we reached one of
those level plains , with black soil and ... Up to the time we passed , there had
been no rain in these parts , and the plain was dry and bare , with great cracks in
the ...
Page 249
Thomas Belt. Arrival at the Mines 249 which lived families that had come down
from the mountains , bringing with them their cows to feed on the plains during
the wet season . I was tempted to put up at one of these , but all were full of
people ... 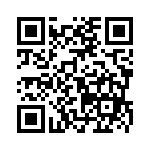