Page 119
Inconspicuousness is , and can only be , effective when combined with immobility
; and this fact has sometimes been used as an argument against its general
usefulness in active animals such as birds . But that is to put the cart before the ...
Page 142
In their mutual relationships , the hunted animal plays a passive , the hunter an
active , part . The former , as we have seen , may remain motionless by day , or
when danger threatens , and so escape observation . The latter , on the contrary
...
Page 262
Most predators are active creatures : it is often impossible to approach them
closely : their movements can rarely be predicted , and seldom followed for long .
There are , however , certain circumstances , quite apart from casual or chance ... 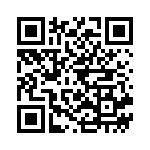