The history of Brazil

With over 3 million square miles of territory and 4,600 miles of shoreline, Brazil is the fifth largest nation in the world. In this impressively concise history, Levine, the director for the Center ... Read full review 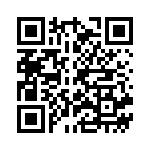