Page 7
35 ) to carry out the test of opinion in Rhodesia about the acceptability of the
constitutional proposals , arrived in Salisbury on 11 January . There was intense
suspicion in the Labour Party about the Commission ; many Labour MPs
suspected ...
Page 305
Diplomatic relations were established with Argentina ( February ) , Australia (
December ) , Cyprus ( January ) , Greece ( June ) , Guyana ( June ) , Western
Germany ( October ) , Japan ( September ) , Jamaica ( November ) , Luxembourg
...
Page 534
CHRONICLE OF PRINCIPAL EVENTS IN 19721 JANUARY 1 USA announced
agreement , reached 31 December 1971 , for resumption of supply of jet fighters
to Israel . 5 Soviet dissident , Vladimir Bukovsky , sentenced in Moscow to 12 ... 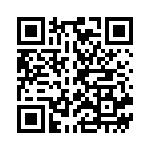