Page 13
frightened , and for five years at least they would be unable to do anything — that
they wished to be at peace , and that Marshal McMahon and the Duc Decazes
were most pacific . If the Emperor of Russia could keep the Germans back by ...
Page 228
THE PEACE WITH GERMANY The first diplomatic sign of an inclination towards
peace on the part of the Central Powers and their allies was manifested in the
notes sent by them to the neutral Governments , for transmission to the Entente ...
Page
commentary on Neutral countries , note circulation , the provisions of the Peace
Treaty , 497 . 242 - 263 – League of Nations , 242Nolan , William , on the system
of the Mandatory System , 243 - modifications , 244 – criticisms , 245 , 262 bribery
... 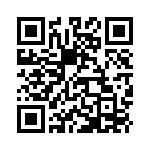