A very special book predating much of the work and insights of later psychologists like Maslow and scholars like Aldous Huxley and Huston Smith. Read full review

Bucke was a mystical genius who had a direct experience of the transcendent nature of reality. One of a few people who expeerience this, Bucke spent the rest of his life exploring its meaning and ... Read full review 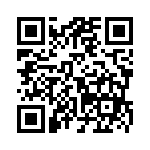