The field of spycraft has always interested me, and with this book many things are revealed that left me thinking about and questioning what goes on in the world under our eyes. The book was a quick ... Read full review

Comrade J: the untold secrets of Russia's master spy in America after the end of the Cold War

Spies exist because governments exist and governments have secrets. We may naively believe that the ending of the Cold War meant that the United States and Russia no longer spied on each other. Earley ... Read full review 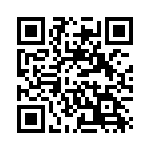