Page 86
For March 17: “The most human letter E ever wrote. Letter of farewell.” Below that
he wrote, “not very good – a little spirit.” Perhaps he was referring to the letter, but
in his 1940 manuscript, “The Story of Insulin,” Banting admitted that the events ...
Page 145
On June 3, someone mailed this typewritten letter to Marion Robertson: Dear Girl
I hear that you are keeping company with a famous doctor. Well he is famous for
more than one thing and I hope your friendship will not grow into anything more ...
Page 244
I must write a letter of introduction for someone I have never seen before to
someone I have never seen (& hope I never do see). – But despite all this I plan
an experiment. I will draw blood from my immune birds at 10.00 A.M., inject it at
11.15 ...

John William Michael Bliss was born in Leamington, Ontario, Canada on January 18, 1941. He graduated from the University of Toronto. He taught at the University of Toronto from 1968 until 2006. He was a historian of Canadian business and politics as well as medicine. He wrote 14 books during his lifetime including A Canadian Millionaire, The Discovery of Insulin, Banting: A Biography, William Osler: A Life in Medicine, and Harvey Cushing: A Life in Surgery. He was inducted into the Canadian Medical Hall of Fame in 2016. He died from complications of vasculitis, an inflammatory blood vessel disease, on May 18, 2017 at the age of 76. 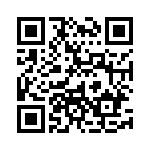