Little is known of Murasaki Shikibu's life beyond what she tells in her diary. Even the name by which she is known is a sobriquet. Among her ancestors were men of literary talent. She married and had a daughter but was widowed in 1001. In that same decade, she entered the service of an empress. Her literary reputation may have been a factor in her appointment, and she must have had substantial patronage, because the paper needed for writing a novel was rare and expensive. Her Tale of Genji (c.1000) is generally considered the greatest work in Japanese literature. Love would appear to be the main subject, but, in fact, the author probes human frailty, the evanescence of things, and spiritual concerns. Nothing is known of Lady Murasaki's life after 1013. 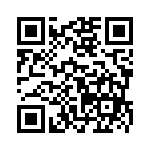