A grand analysis of the climate change scenario, nothing less than a "Silent Spring" for this century. The author traces the climate conundrum to the excesses of capitalist forces, and shows that the ... Read full review

Naomi Kleins This Changes Everything is an exceptional book. It is a deeply researched book. She is, evidently, committed to the cause of protecting our environment. If not, she would not have ... Read full review

Naomi Klein is an award-winning journalist and author of the critically acclaimed and #1 international bestseller The Shock Doctrine: The Rise of Disaster Capitalism; No Logo: Taking Aim at the Brand Bullies, which the New York Times called "a movement bible"; and This Changes Everything: Capitalism vs. the Climate, winner of the Hilary Weston Prize for Non-Fiction. Klein is a contributing editor for Harper's, a reporter for Rolling Stone, and a syndicated columnist for The Nation and the Guardian. She is a member of the board of directors of 350.org and a Puffin Foundation Writing Fellow at The Nation Institute. In 2015 she received The Izzy Award honouring outstanding achievement in independent journalism and media. 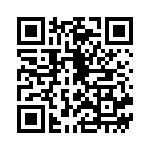