Born and reared in Ireland, George Berkeley studied at Trinity College, Dublin, and then taught as a fellow there, eventually becoming Dean of Derry (1724) and Bishop of Cloyne (1734) in the Irish branch of the Anglican church. His primary philosophical interests included metaphysics and epistemology, the psychology of perception, philosophy of science, and natural theology. But he is best known for his defense of metaphysical idealism and denial of the existence of matter. Berkeley's best-known writings were produced relatively early in his life, between the ages of 24 and 28: They included Essay Towards a New Theory of Vision (1709), Treatise Concerning the Principles of Human Knowledge (1710), and Three Dialogues (1713). In 1728 Berkeley made a voyage to the United States in an unsuccessful attempt to found a college in Bermuda. He lived for two years at Newport, Rhode Island, and had a significant influence on American education, chiefly through his association with and donation of books to Yale University and his correspondence with Samuel Johnson, the first president of what is now Columbia University. 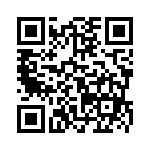