Page 45
If , however , a man has children , they can draw the coal for him , and thus
enable him to get through his “ darg ” in a shorter time and with less labour . Thus
we see that here the children were victimised , not because the family needed
their ...
Page 164
turned out in five months , fast destroyers in nine months , and huge battle -
cruisers , mounting 15 - in , and 18 - in . guns , in less than a year . Great pride
was taken in those two huge aircraft - carriers , ' Saratoga ' and ' Lexington , '
which the ...
Page 233
The greater absorbs the less . As a fact , since the removal of these disabilities
Parliament has given us legislation in advance of the Christianity of the Churches
; philanthropy , which ( after all ) has something to do with Christianity , has ... 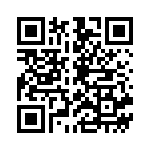