Page 6
We also possess a very beautiful pastel miniature of Mrs. Frances Hodges , who
was a Miss Russell , and who died in 1809 , and is buried at All Saints , Hertford ;
but the precise relationship , if any , of the Russells to the Greenells I have not ...
Page 19
It is always a pretty sight when even a grave here and there is nicely adorned
with fresh flowers , but when a whole churchyard is so decorated , at least as
regards all but the oldest tombs , it becomes really beautiful . The long
procession ...
Page 24
... swift - flowing river on one side and the narrow fields and wooded steep bank
on the other ; while from the bridge itself there was a very beautiful view up the
river - valley , of the mountains near Abergavenny , ten miles off , the conical
sugar ...
Page 28
So , in after years , when I became fascinated by the poems of Hood , the
beautiful and pathetic verses beginning" I remember , I remember , The house
where I was born , The little window where the sun Came peeping in each morn ;
He ...
Page 31
I remember being much impressed with the large house , and especially with the
beautiful grounds , with lawns , trees , and shrubs such as I had never seen
before . There were here also a family of cousins , some about my own age , and
the ...
Järgmine » 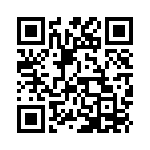